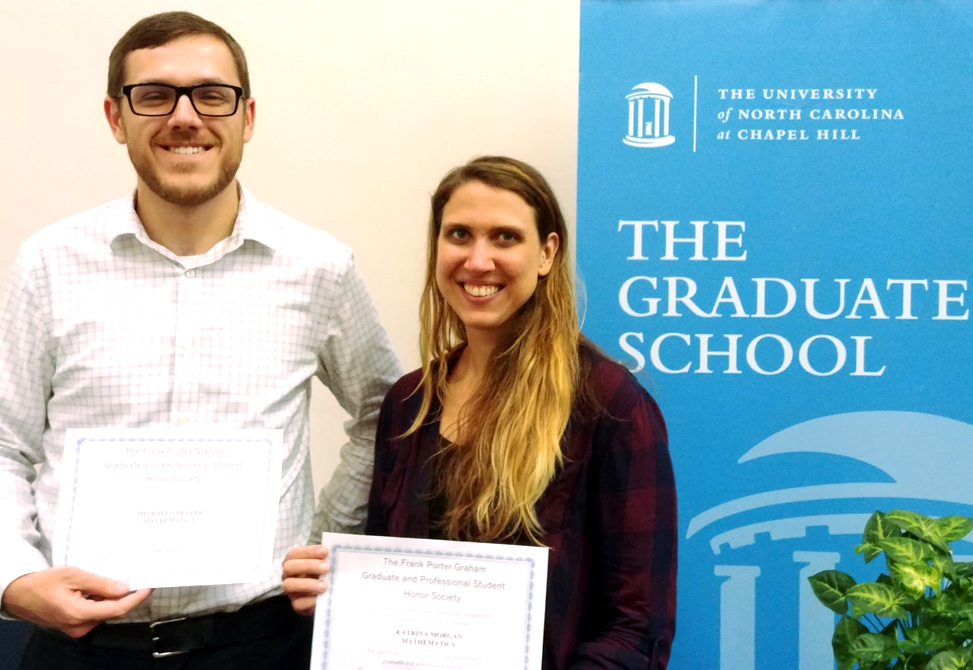 Both have been mentors through the AWM chapter and through the new Directed Reading Program, which pairs interested undergraduate and graduate students for intensive one on one study. Moreover, Katrina’s work as a co-founder and co-director of the Girls Talk Math, summer program and Michael’s work as the founder and first president of the Graduate Student Chapter of the AMS, which first brought the TAGMAC Conference to UNC, have been particularly influential.

We are very proud of Katrina and Michael’s achievements. Congratulations both!